Android Smartphone – How to Turn into a Google Pixel 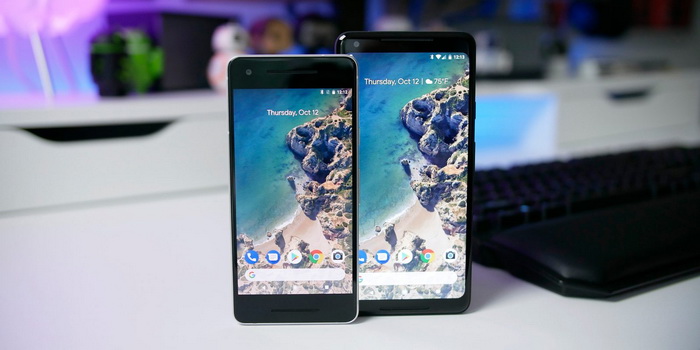 Android Smartphone – How to Turn into a Google Pixel

Android Smartphone how to turn into a Google Pixel, Google Pixel 3, Pixel 4. The flexibility of Android means that manufacturers can create their own versions of the OS according to their hardware. Original devices from Google in this regard are distinguished by a certain grace, which distinguishes them from other Android smartphones .ContentInstall Google AppsRemoving / disabling additional applicationsInterfaceGoogle feedQuick Settings Menu and Notification CenterSome smartphone makers are tweaking the standard Android operating system to serve their own application ecosystems. This may disappoint those who want a cleaner Android experience (or those who simply prefer Google products).Fortunately, it’s easy to recreate Pixel’s features on most modern Android devices by removing something extra and installing what’s needed. All that is needed is a little confusion. And how exactly, I will tell you below.

The first step in creating the Pixel user interface on your smartphone is to replace your phone’s applications with Google alternatives. Installing new programs can be tedious, but most of them are already preinstalled on all Android devices - they just need to be turned on as the default application.[caption id="attachment_7809" align="aligncenter" width="500"] 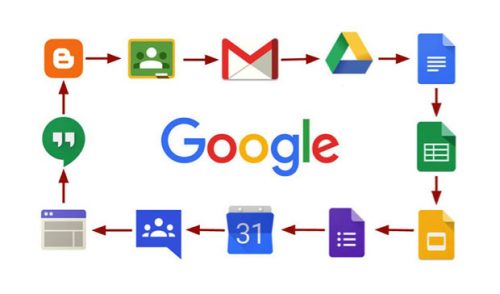 Install Google Apps[/caption]However, there are a small number of exclusive Pixel apps that are not available on the Play Store. But the community of Android modders adapted them to work on almost all common Android phones.Below are links to download pages for most Google apps, which are used by default on Pixel phones, as well as versions of those that are not in the Play store (they must be installed manually). After installation, you will need to assign each new application by default by choosing Settings> Applications> Default Applications.The first Google applications for Android - Google Pixel, Google Pixel 3, Pixel 4:SMS: messagesWeb Browser: Chrome MobileSystem Keyboard: GboardCalendar: Google CalendarPhoto Gallery: Google PhotosGoogle wallpapersGmailGoogle DriveGoogle assistantCamera: Google Camera (Port) : The Pixel camera application is exclusive to devices, but many modders copy its appearance and functionality on other devices through third-party applications. Please note that some programs will have to be installed manually.Google Phone or Google Phone Portal : If your phone is not compatible with the original version of the Google mobile app on the Play Store, there is an alternative.

Before moving on to the last step of the process, consider freeing up space on your device by uninstalling the applications that we just replaced with versions of Google.Although you can do it the old-fashioned way, we recommend using the Files app from Google . Despite the fact that it is not a standard Android application (for some reason), it is incredibly useful. The program scans the memory of your phone and finds and removes excess data, and also recommends unnecessary applications for deletion.Those who can not remove additional applications - just disable them.

Now the fun part is to make your phone look and work like a Pixel (or as similar as possible). You can’t replace the user interface of your phone one by one without rooting, but get as close as possible to this. This is surprisingly easy, only a few third-party applications and some parameter settings are required. Since the Pixel Launcher Screen, which is preinstalled on Google’s smartphone, Android Smartphone, is not available to us, we’ll take the good old Rootless Launcher due to the fact that many Pixel features without root have been added to it. These include icon packs that match Pixel icons, a properly integrated Google search bar, and additional widgets. You can also customize the appearance of the Rootless Launcher using options typically not available on Pixel phones, such as various forms of the search bar.[caption id="attachment_7810" align="aligncenter" width="708"] 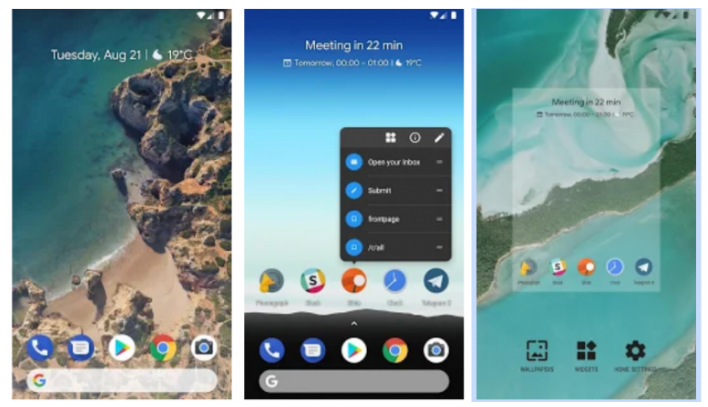 So we got to the Google News Feed, which is a personalized feed of news articles, recommendations and other content based on the device’s search and usage history (this can be set according to your preferred privacy level in your Google account settings ).Although Google Feed emulation is technically a Rootless Launcher feature, it is not available by default and requires manual installation. Follow the link to download "pixelbridge.apk". Once it appears on your phone, do the following to turn it on:Open the .APK file on your phone to download the applicationAfter installation is complete, open the Rootless Launcher appGo to settingsTurn on “Show Google App”

Finally, it's time to install Power Shade. This application recreates the design for the quick settings menu and notifications found in Android Pie, although Power Shade is more flexible than the standard Android settings. Here's how to do it Google Pixel, Google Pixel 3, Pixel 4:
[caption id="attachment_7811" align="aligncenter" width="500"] 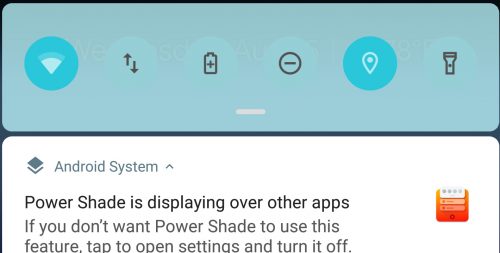 Android , Google Pixel 3 , Pixel , Pixel 4 , customization[/caption]
Once enabled, the notification menu and quick default settings will follow the design of Android 9 Pie. However, you can customize these new color schemes, background images, layouts and opacity levels for yourself.

: Pocketnow Ever since its launch, Chromecast with

The co-founder of the corporate Wework, Adam Neuma

Sumitomo Mitsui Belief, one of many main banking e